First things first: I want you to listen to this podcast. I’m serious. Then keep reading.

This is a real headline from the news today:

Which contained these real, actual paragraphs:

Some officials at the Pentagon where [sic] reportedly concerned Donald Trump was set to declare war on North Korea when he started tweeting about his plans for the military.

There were nine long minutes between Mr Trump’s first tweet – announcing he had been consulting with his generals – and the second, in which he said he had decided transgender people could not serve in the military.

During that time, some people were apparently worried Mr Trump had Pyongyang in his sights, rather than the rights of LGBTQ servicemen and women.

…Do you realize how completely ridiculous it is that this is our national reality? Where it is not only possible, but probable, that military officials are following the President’s twitter feed in the Pentagon, hoping he doesn’t say anything that gets us into a war?

If the Pentagon thought that, what do you think Kim Jong-un or Assad thought? What if Kim pre-emptively attacked Seoul? This stuff is real. https://t.co/OkrqeeeGny 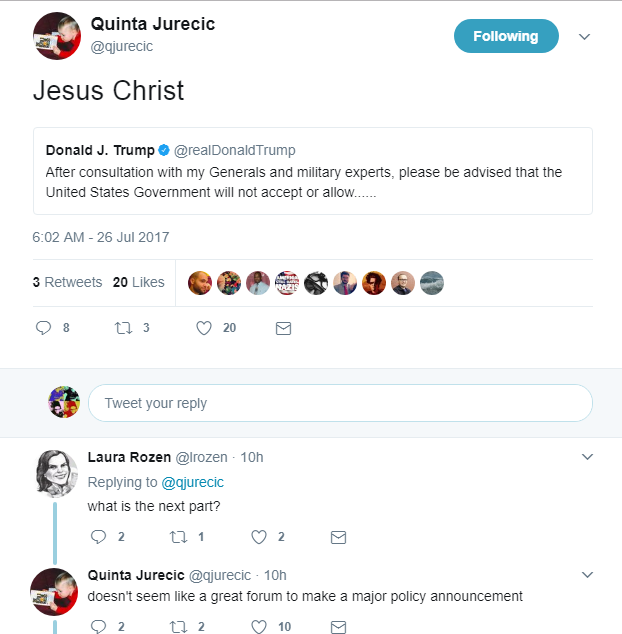 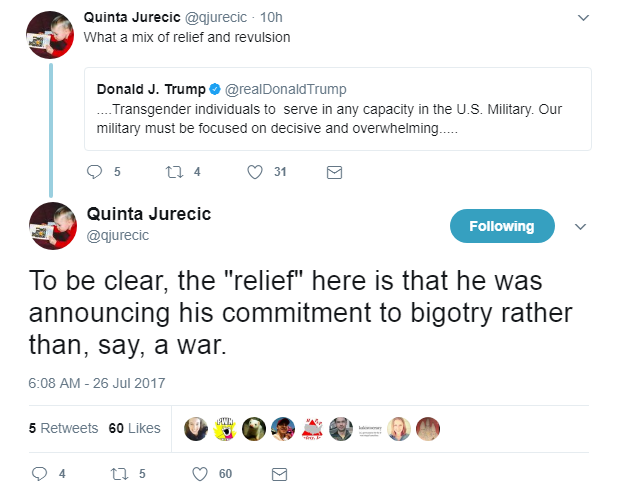 Some at the Pentagon feared Trump’s initial tweets today could be an announcement of strikes on North Korea https://t.co/2AsnZLqVEO pic.twitter.com/gB9QQDZvsd

Meanwhile, in other COMPLETELY BONKERS news:

Michael Hayden, the former head of the Central Intelligence Agency and National Security Agency, told me that he was convinced the meeting was a classic “soft approach” by Russian intelligence. He cited a recent Washington Post article, by Rolf Mowatt-Larssen, that argued that the meeting “is in line with what intelligence analysts would expect an overture in a Russian influence operation to look like,” and that it may have been the “green light Russia was looking for to launch a more aggressive phase of intervention in the U.S. election.”

Hayden told me, “My god, this is just such traditional tradecraft.” He said that he has talked to people in the intelligence community about Mowatt-Larssen’s theory and that “every case officer I’ve pushed on this” agreed with it. “This is how they do it.”

The campaign of Donald Trump provided moments that previewed what would become the president’s assault on justice. We need not lay out the history of these statements here; they are on the public record and have been reported on extensively. His repeated calls for the criminal prosecution of his political opponent provided early warning of his views on how justice should be administered and by whom. He articulated a vision of political retribution and abusive prosecution. He said it; he meant it.

Since assuming office, he has continued this assault. He fired Acting Attorney General Sally Yates for refusing to defend in court an order she believed to be illegal (a judgment that, as the Acting Attorney General, was literally her job to make). He fired the FBI director for not subverting an ongoing law enforcement investigation that he wanted quashed. He has publicly gone after in verbal statements or tweets the deputy attorney general and the acting FBI director. And now, he has publicly chastised the attorney general for making a decision required by the department’s ethics rules.

Take note of who he is firing or pressuring to resign in his first six months in office—these are the senior government officials responsible for the equitable enforcement of our laws. The President is attacking the integrity of the leadership of the Department of Justice, the fair application of the law, and the pursuit of truth.

New Ethics Chief Has Fought to Roll Back Restrictions (NYTimes) 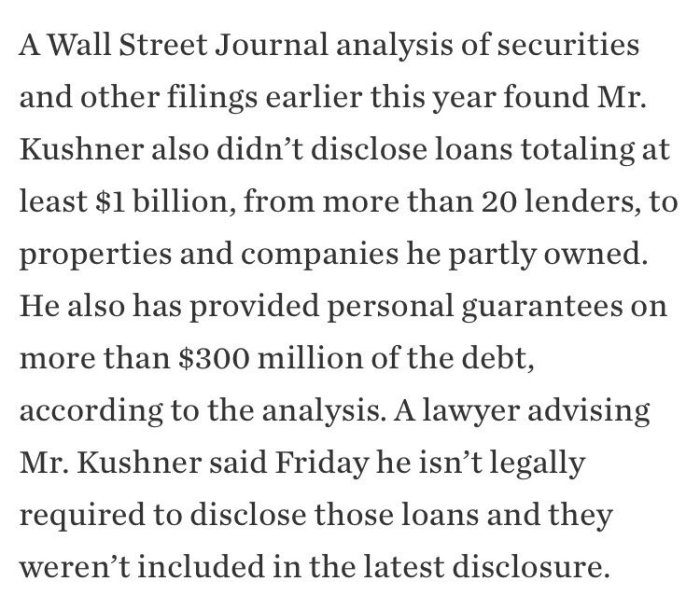 (This is a bad idea! We have a State Department full of career diplomats for a reason! THIS WHITE HOUSE DOESN’T KNOW WHAT THEY’RE DOING.) 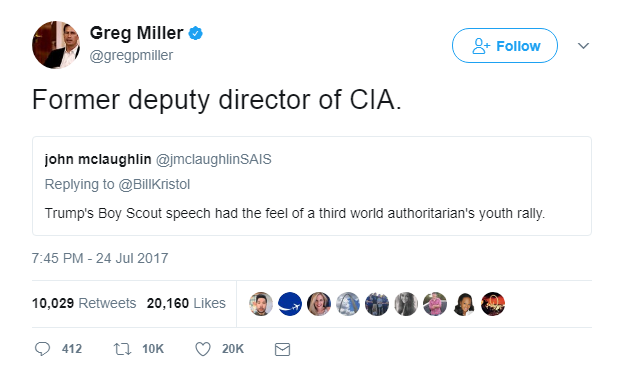 “I swear, [the Office of Management and Budget] just went through and whenever there was ‘grant,’ they just X it out,” Collins says. “With no measurement, no thinking about it, no metrics, no nothing. It’s just incredibly irresponsible.”

“Yes,” Reed replies. “I think — I think he’s crazy,” apparently referring to the president. “I mean, I don’t say that lightly and as a kind of a goofy guy.”

“Oof,” Reed continues. “You know, this thing — if we don’t get a budget deal, we’re going to be paralyzed.”

“I don’t think he knows there is a [Budget Control Act] or anything,” Collins says, referring to a 2011 law that defines the budget process.